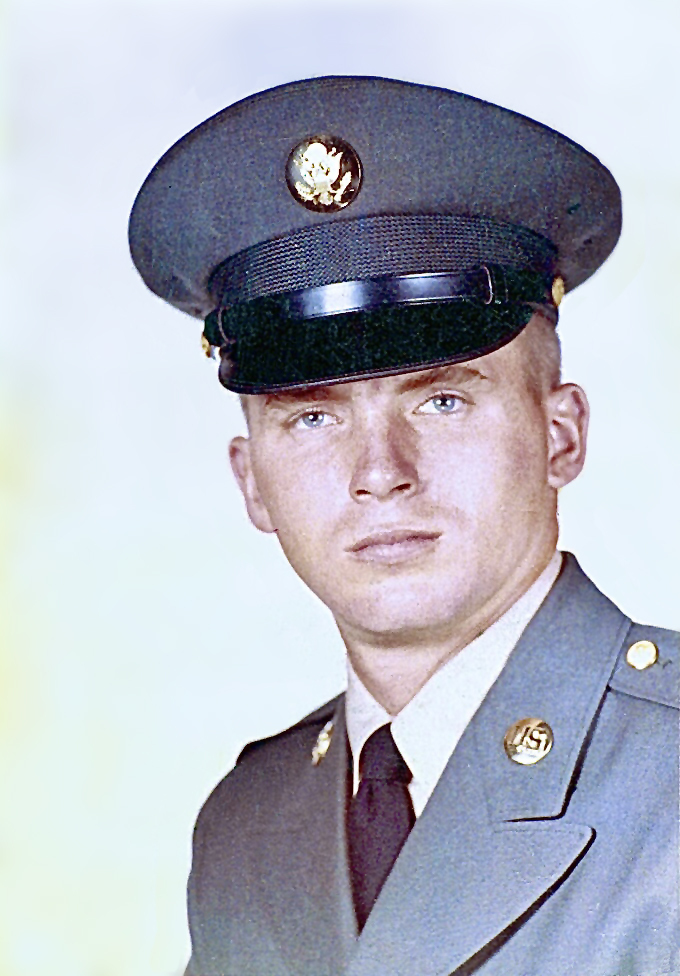 Sentinel, Sergeant of the Guard

David Gary Gates, age 80, passed away peacefully on October 5th, 2020 with his family by his side. Loving husband of Nancy, proud father of Stephen and wife Whitney, brother to Pat Kerl, and uncle to Gregory Kerl.

David served his country with distinction as a member of the Honor Guard at The Tomb of the Unknown Soldier at Arlington National Cemetery. He was always proud of his selection to The Old Guard, an incredibly rare honor, and the least awarded in the Army. While in the Tomb Guard, he served as a member of the funeral detail for President John F. Kennedy.

After finishing his tour in the Army, he studied at the Cleveland Institute of Art, where he fell in love with his wife of 53 years, Nancy. He later moved his young family to Pittsburgh, where he became the Creative Director for the advertising agency VanDine Horton working on numerous clients, including Alcoa, Buhl Science Center, the Western Pennsylvania Conservancy.

David was best known for his humor, quick wit, award-winning graphic design, one of a kind holiday cards, intricate woodworking, and love of any dessert with whipped cream.

In lieu of flowers, the family asks that donations be sent to Family Hospice Lawrenceville, Inpatient Unit, 310 Fisk Street, Pittsburgh, PA 15201, or make a memorial donation online at FamilyHospicePA.org in honor of David.

Are the shoes specially made with very thick soles to keep the heat and cold from their feet?

The shoes are standard issue military dress shoes. They are built up so the sole and heel are equal in height. This allows the Sentinel to stand with a straight back and perpendicular to the ground. A side effect of this is that the Sentinel can "roll" on the outside of the build up walking down the mat. Done correctly, the hat and bayonet will appear to not "bob" up and down with each step. It gives a more formal, fluid and smooth look to the walk, rather than a "marching" appearance.

The soles have a steel tip on the toe and a "horseshoe" steel plate on the heel. This prevents wear on the sole and allows the Sentinel to move smoothly during his movements when he turns to face the Tomb and then back down the mat.

Then there is the "clicker". It is a shank of steel attached to the inside of the face of the heel build-up on each shoe. It allows the Sentinel to heel click during certain movements. A guard change is considered great when all the heel clicks fall together and sound as one click. The guard change is occasionally done in the "silent" mode (as a sign of devotion to the Unknowns) with no voice commands - every thing is done in relation to the heel clicks and on specific counts.